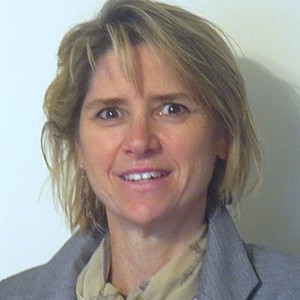 Patricia A. Cuff, M.S., M.P.H. is a Senior Program Officer for the Board on Global Health within the division of Health and Medicine where she directs the Global Forum on Innovation in Health Professional Education. A position she has held since 2012. Patricia is also assisting with the FDA-funded study looking at mutual recognition agreements in the regulation of medicines, and she previously co-directed the study on Clinical Trials During the 2014-2015 Ebola Outbreak. Prior to directing the global forum, Patricia was the Country Liaison to the Uganda National Academy of Sciences where she worked for 11 years with African academy staff and members in developing their capacity to provide evidence-based science advice to their governments and to their nations. She has directed and co-directed multiple studies at the National Academies including Options for Overseas Placement of U.S. Health Professionals, and Enhancing the Behavioral and Social Science Content of Medical School Curricula.Patricia joined the Academies staff to work on the report, Emerging Microbial Threats to Health in the21st Century. Before coming to Washington, D.C., Patricia worked at St. Luke’s-Roosevelt Hospital Center in New York City in the field of HIV-nutrition as a counselor, researcher, and lecturer on topics of adult and pediatric HIV.  She received a M.S. in Nutrition and a M.P.H. in Population and Family Health from Columbia University, and performed her undergraduate studies at the University of Connecticut.

Presenting at the Nexus Summit:
Plenary - The World Conversation Café - From Conversation Café to World Café: Moving from Ideas to Action
An Opening Session You Won’t Want to Miss This has been an incredible year for advances in interprofessional practice and education. Three major reports were published in the first four months of 2019, each addressing cornerstones of quality interprofessional education and practice: accreditation, interprofessional clinical learning environments and education-practice integration. These reports represent the movement into action of conversations that started, in part, with Conversation Cafes at earlier Nexus Summits. That movement to action was our goal – and we’re proud to bring you the…