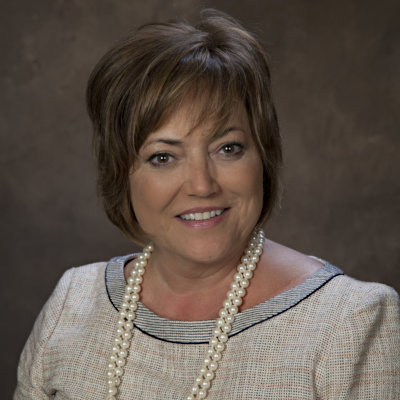 Dr. Calongne received her MSW degree from Tulane University and her Master of Education degree from University of Southern California.  She completed a one year fellowship in Medical Education at USC Keck School of Medicine. She earned her Doctorate of Education with a specialization in leadership and management from Capella University.

In 2001 she was appointed by President George W. Bush as Advisor to the President for the Council on Graduate Medical Education (COGME) and served in that role for four years.  During her tenure on COGME, the council published four congressional reports including two landmark reports “Minorities in Medicine: An Ethic and Cultural Challenge for Physician Training” and “Women in Medicine”. Both of these congressional reports served as foundation for federal policy and grants encouraging medical schools to increase the enrollment of women and minorities.

Currently, Dr. Calongne is the Chief Academic Officer and Designated Institutional Officer for Our Lady of the Lake Regional Medical Center. She holds academic appointments from both Louisiana State University and Tulane University. During her leadership tenure the hospital has transitioned from a community based hospital to a major academic medical center, has seen a 400% growth in medical residents rotating on campus, developed the research enterprise to support residents and faculty, won the Alliance of Independent Academic Medical Centers (AIAMC) Innovation Award, and has been selected as one of eight institutions by the Accreditation Council of Graduate Medical Education (ACGME) to participate in their Pursuing Excellence Initiative.

Presenting at the Nexus Summit:
Plenary - The Clinical Learning Environment: Where Practice and Education Collide and Shape the Future of Health Care
Why are we giving the Clinical Learning Environment (CLE) center stage at the 2019 Nexus Summit?  Isn’t the CLE “just” where we precept students and prepare them for practice?  Yes, and also, think bigger, much bigger. The CLE is the critical intersection between the current and future workforce in healthcare. It is where new generations and likely new professions will envision and craft new ways of delivering health care while mentoring and influencing each other.  We need to think bigger and ask different questions:  Who will be in the evolving CLE spaces together?  What role do patients…