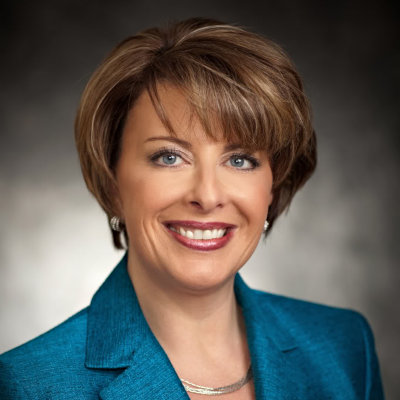 Debra Albert, RN became Chief Nursing Officer and Senior Vice President of Patient Care Services of the University of Chicago Medicine in July 2012. In this role, she is responsible for many of the patient facing departments such as nursing, pharmacy, laboratories, therapies, emergency department, Patient Experience and Business Continuity. Prior to joining University of Chicago Medicine, Ms. Albert was at Vanguard Health
Systems at MacNeal Hospital in Berwyn, Illinois, where she served as chief nursing officer. She began her career at the Cleveland Clinic Health
System, where she took on the roles of chief nursing officer and vice president of patient care services at the system’s Fairview Hospital, Euclid Hospital and Main Campus.

A 2010 graduate of the Johnson & Johnson Wharton Fellow program, Ms. Albert holds a master’s in nursing from University of Akron and an MBA from Cleveland State University. She is board certified in Nursing Administration holding a NEA-BC and serves on the Academic Council for Rasmussen College.

Presenting at the Nexus Summit:
Plenary - The Clinical Learning Environment: Where Practice and Education Collide and Shape the Future of Health Care
Why are we giving the Clinical Learning Environment (CLE) center stage at the 2019 Nexus Summit?  Isn’t the CLE “just” where we precept students and prepare them for practice?  Yes, and also, think bigger, much bigger. The CLE is the critical intersection between the current and future workforce in healthcare. It is where new generations and likely new professions will envision and craft new ways of delivering health care while mentoring and influencing each other.  We need to think bigger and ask different questions:  Who will be in the evolving CLE spaces together?  What role do patients…