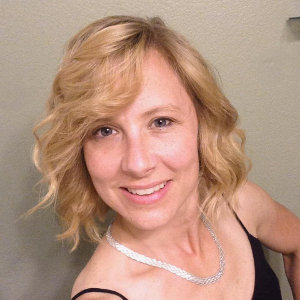 Char Vine is a freelance graphic designer and a spinal cord injury activist. She has degrees in Visual Communication and Web Design and is currently putting her marketing and life experience into creating a manual about physical based movement recovery after neurological trauma. She is also the Sacramento ambassador for the NorCal SCI Network that is creating an organized hub to support, connect and inform the spinal cord injury community in Northern California. Char injured her spinal cord in 2000 when she took a 65 foot jump on a snowboard and did not land as expected, cutting her spinal cord and leaving her paralyzed from the waist down. Char endured years of negative side effects related to a poorly-executed spine surgery, trying to stay as active as possible until a 2016 workout-related injury left her bed-bound for months. Recently she endured a major spine reconstruction surgery to rebuild her deteriorated spine and regain her heath. Her recovery has been disciplined and hard work, but Char beat the odds! In the last year she has started walking again with braces and is regaining function and movement under her original level of injury.

Pre-surgery Char had established a support group for SCI in Sacramento that was well received and attended. She is in the works of getting that back up and running along with a possible community exercise center. Char is currently working with a non-profit group called NorCal SCI. They are building a conscious SCI community in northern California, to network people and connect them to local resources that improve quality of life. Char is the Sacramento ambassador, so when a new injury comes into any of the local hospitals, she is contacted to go visit them and support them. She brings backpacks to the new patients full of things to assist them with their new SCI lives. Her responsibilities also include attending the surrounding support groups on a regular basis to try to build the network and support the community.

Char is also currently working on a book with ZebraFish Neuro. They are a new company creating a manual about how to regain movement after neurological trauma. There is a growing neurokinetic pilates movement being established in NorCal by a few key people. The owners of Zebrafish have been in the center of it for the last 5 years, working exclusively with SCI and teaching other instructors the methods for their SCI clients. Char was working out at a SCI specific gym for a little while but didn’t get much result so she tried the neurokinetic pilates and found it to be a total game changer. Char has been using their methods for a year now and testing exercises for the book and the transformation has been pretty dramatic. Char is working hard with ZebraFish, getting the all the content together and then she will be designing the whole book in a few months. It should be published later this year.

Char is very physically active and is focused on pilates, strengthening and walking right now. Her passion is being outdoors and getting to the mountains whenever possible. She enjoys snowmobiling, biking, kayaking and hiking. She also likes to draw and is a fan of the arts in her spare time. She has a passion for helping and educating people and is well spoken about her experiences. She welcomes any opportunity to speak her truth and to spread awareness about people with spinal cord injury.